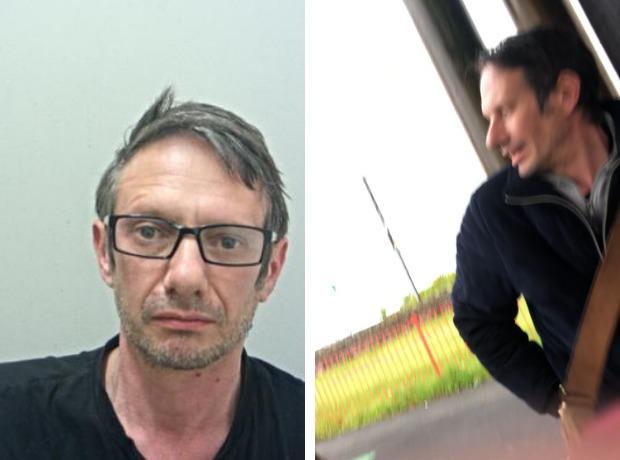 A ‘highly dangerous’ pervert who sexually assaulted a 13-year-old girl in a park has been jailed.

Mark McCarren was sentenced to a total of 15 years at Preston’s Sessions House for the serious sexual assault in Darwen on May 21.

McCarren had previously denied any wrongdoing and Judge Graham Knowles QC said he told police ‘a pack of lies from start to finish and provided statements denying any involvement’.

Prosecuting, Richard Haworth said the victim was sitting in a park near Marsh House Lane listening to music when she was approached by drunken McCarren.

Mr Haworth said: “He said hello and said he wanted to tell her his name was Mark, and that he had a son, and asked if she wanted to go back to his house and pointed across the field to Blacksnape Road.

“She responded but gave him a false name. He started to stroke her hair and slapped her on the bottom then apologised.

“He asked her for a hug for which she refused. He then grabbed her by the waist and pinned her to a post and began rubbing himself against her and forcibly kissing her.

“He then put his hands down her pants and assaulted her.”

The court heard how the girl managed to break free before running off screaming for help.

A passing driver stopped after seeing the girl in distress and called 999.

Two doctors on their way home from working at a hospital noticed the teenager running and managed to see which way the man had headed.

They provided a detailed description to the police, which correlated with the description provided by the victim and also from CCTV footage.

Following a public appeal, McCarren, of Blacksnape Road, Hoddlesden, was arrested and later charged with the offence.

Judge Knowles QC said: “She was a girl of 13, vulnerable because of her age and because she was on her own in a park.

“You knew she was a child before you went over to her, she told you herself of her age.

“You were both in drink and heavily so and had also taken illegal diazepam and, although not an excuse, it made things worse.

“You carried out an appalling sexual assault on that innocent child. It will live with her all her life long.

“The effects have been dreadful in the few months to date, and these are just the effects she had been able to put into words.

“She managed to get away from you and screamed for help and she had with her her phone which she had managed to record an image of you on and she did that without you knowing.

“I want the police here today to tell her what a remarkable young girl she is in the way she behaved.

“She wasn’t the only remarkable one though – the passing motorist and the two doctors should also be commended for their swift actions and kindness in comforting the victim.

“Are you a dangerous offender? The answer is clearly yes.”

McCarren, who has a conviction for battery three years ago, was sentenced to nine years in prison with a further six years on extended licence.

He was also put on the sex offenders register, handed a restraining order in relation to his victim, and made subject of a sexual harm prevention order which prevents him from living in the same household with any girl under 16, and prevents him from going within 100m from any play area.

Police said teenager continues to be supported by specially trained officers, and has since suffered severe psychological trauma, struggling with anxiety and an inability to leave the house.